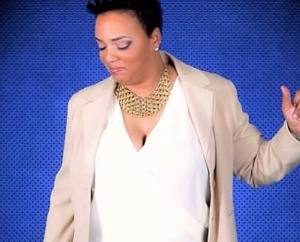 I have met some pretty awesome radio chicks in my many years in the business from New Orleans, Virginia, New York, North Carolina, Georgia, LA and Philly! Well, this particular radio chick from Philly, named Cappuchino at Power 99 FM, and I never met face-to-face.

It may have been on social media where it all started. I sent a tweet, she responded. Now it’s a family of radio chicks and it feels good. Many women in radio have no idea that it’s perfectly “OK” to reach out to other radio chicks to build a positive relationship.

You’ll read in my one-on-one with Ms Cappuchino that the game has changed and women are making their mark in this “good ole’ boys” industry.

If you’re ever in Philly, make sure you check out my girl on Power99 FM!

Okay, so sometimes I like to add my college days because that was my stepping stone, so with that, I started in 1999. As far as non-commercial radio, it was in 2003.

What was it about radio that struck your interest?

While I was on a college tour, I heard their radio station and was like “wait, they sound like they are my age and they are playing all the music I like and listen too.” I went back home (Miami) and called the local station and met with the PD to see if they had internships. I guess at the time they didn’t do high school interns, but I kept my interest. So I went out for it in college. It was always about the music…shoot, and I didn’t have to be seen! (lol)

What genre of music do you like to listen to the most and why?

I like a lot of old school rap and R&B, but I listen to everything but I can’t do country, blues and hard rock and a lot of gospel…no shade to Jesus!

I actually don’t have one. It’s just all about that feeling at the time that would have me drop what I’m doing, throw my hands up and crank up the volume. There are way too many to name. 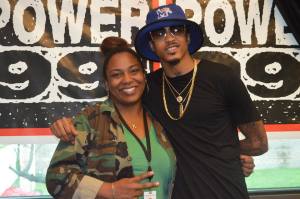 You’ve interviewed a lot of celebrities, was there ever a time you had an uncomfortable where it went terribly wrong?

I haven’t had a terribly wrong situation, but I’ve had plenty of boring interviews. Either they acted like they didn’t want to talk or answer any questions and that would make me uncomfortable. I will think to myself, “Why are you here if you don’t want to talk?” So I’d cut that thing hella short. Or when I first broadcasted live from the BET awards, even though we had a prep book, I would get random-ass people sitting down, who were not included in the book and who just wanted to be recognized (but no one ever heard of them).

I have a lot of great encounters with celebs. I think it’s all about their attitudes. For instance, I loved interviewing Wiz Kalifah (his highness made him laid back and funny as hell), even meeting Jill Scott was a pleasure, but I always love when I interview Trey Songz. Since I’ve been in Philly, I tend to always be the main one to interview him. Even when he sees me, he’d ask if I’m interviewing him and gets upset when I have to tell him no (this only happened twice). Oh, but did I mention, I loved bragging about the kiss I got from Usher during a selfie?

I haven’t really heard any, so that’s good, right?

Why don’t people get about music when it comes to radio?

They don’t get that yes, we are going to play a lot of the same music, but these are the most popular songs right now. Why are we not always doing news? Because we aren’t a news station. 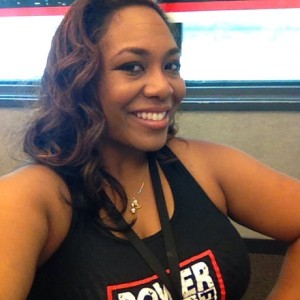 I admire a lot of the women because for years, we were always the co-host. Now, we have our own shows and stand as strong as the men, even with major positions. I also admire Tom Joyner because he was around when I was a child and he’s still doing it big.

Always take an extra pair of clean underwear when you travel!

We are all crazy and are divas

I think people think they are rappers and singers. And I think these record companies like to mock us on the slick with putting out artists who really have no skills, compared to back in the day. There are a lot of gimmick rappers now.

Real talent. Those who have real talent go from major label deals to independent labels that don’t push them as hard as a major label.

I have a mixture of everything from Amy Winehouse, to Outkast, to Jay Z, to Carlos Santana, even somewhat of EDM-remixed style of jazz…yeah I said it!

That I did something that counted and mattered. That I was a keep-it-real, positive person who people enjoyed every day!

I don’t think I have any. Whatever I did, I took it as a learning experience to move forward.

If you could be one of these, who would it be and why? (PICK ONE) Kardashian sisters  Girlfriends (cast) Female Super hero Sex In The City girls Gladiator (cast)

I would be Wonder Woman!

You may also want to read:

This Dream Girl Rocks! One on One w/ Tamira Dunn

Inspired,Victorious, Empowered: One On One w/ Vanessa Payne

Can I Attend Your Christmas Party? No, I’m Serious!

5 thoughts on “This Philly Chick Rocks: One on One w/ Cappuchino-Power 99”